As Industry 4.0 takes a greater hold on the textiles and apparel industry, it is estimated that more than 25% of all work activities will be displaced by automation by 2030. But what does this mean for textile designers? Surely a robot can’t replace a designer! Designers have already moved from paintbrush to pixel, and while they won’t be replaced by robots, their roles will surely change. As the tools of textile’s Industry 4.0 transformation—AI, AR, VR, and IoT—gain traction, it is estimated that more than 25% of all work activities will be displaced by automation by 2030. In this new Industrial Revolution, where algorithm-driven processes and task-taught robotics will replace today’s machine operators, it is envisaged that the role of the creative designer will grow to assume new strategic importance.

In Industry 3.0, the designer has already made the transition from paintbrush to pixel, but in industry 4.0, with sales-driven algorithms, VR simulation, AI-driven workflows, and the onset of intelligent robotics, the traditional role of the designer will make another great leap forward.

In fashion, in simplistic terms, the basic role of the designer is to create and set new styles and trends, but that is set to change, and soon, driven by optimization and automation. As the time-to-market is accelerated, the designer will have to adjust to new technologies and new responsibilities at warp speed. The designer will be able to not only create the patterns and the garments, but also to dress the virtual mannequins that will be used to present the products to the public. As the designer becomes an integral part of the process, moving beyond pure creation onto the manufacturing of the garment and specifications, their vision will be embedded into the DNA of the product electronically. Products will be conceived in 2D and 3D simulations, generated by machines, as files ready for production, where the designer’s concepts move swiftly from artwork to garments. Through a process governed by an automated workflow and powered by digital printing, laser cutting, and computerized sewbots, this will achieve a seamless manufacturing process from design to product at a breathtaking speed.

In this new environment, the designer’s role will morph considerably as they embrace Industry 4.0 and as the creative’s mindset evolves and promotes the designer from operator to strategic thinker. Here the designer will form an essential part of an elite group that will plan, develop, and administer the newly automated production process, while the machines and algorithms take the weight of manufacture. This group will have a different mindset than previous generations, for their production paradigm will have to be moderated by sustainability and the conservation of Earth’s resources. With a sustainable agenda, this new generation will create sustainable products with a view to reduce the use of polyester microfibers, etc., seeking viable alternatives utilizing circular economies, water conservation, and power consumption—not to mention eliminating the landfill destiny of many garments from the “fast fashion” stable.

So, although the physical advances in software, machinery, and robotics will show the way forward to “hands off” production, designers will see everything through the prism of Planet Earth as this new culture evolves. This will result in a major influence on technological development, as the moral dimension of conservation of the Earth’s resources forces a new direction on the development of automation in Industry 4.0. This influence can be readily viewed at any fashion trade event, where the virtues of sustainability have become a basic aim for everyone from designer, through manufacturer, to retailer. Industry 4.0 embodies all of these principles, for technological progress without a conscience is seen as vapid and self-serving in a world that must work together. As a result, all over the design landscape, there is an urgency to combine the visual with the technical in a moral dimension. As Stephen Russell, Professor of Textile Materials and Technology at the University of Leeds School of Design, said: “The vision is to transform the industry’s capacity for new product innovation, and to reduce lead times and waste. This will be done through the convergence of new digital and textile technologies within the fashion design process.”

Universities are collaborating with commercial and technical concerns to radically alter the teaching emphasis in design. As an example, The £5.4 million Future Fashion Factory, recently announced by the UKFT, is an industry-led collaborative research project linking the textile design and manufacturing centers within the Leeds city region (here in the UK) with the creative design and retail center of London. It brings together expertise from 10 core industry partners, with many more forming a wider network spanning design, manufacturing, and retail in the UK. The project involves collaboration with the universities of Leeds, Huddersfield, and the Royal College of Art as well as the Centre for Textile Excellence in Yorkshire.

The result of schemes like this will be a fundamental change in the teaching emphasis for undergraduate design students, who will now have to master not only the art of form and color, but also the new skills of Industry 4.0, where knowledge and understanding of the technical processes, workflow, and digitization are vital. In this academic year alone, there has been a proliferation of technical modules within Textile Design Degree courses. At the University of the Arts in London, this year’s degree module titles tell-all:

In the coming years, graduates exiting the academic design process will have enhanced skills, directing them toward the heart of the manufacturing system, where their ability to visualize product and influence consumer choice will be seen as vital. In their new roles, their influence will grow, as the business of fashion becomes less and less about the nuts and bolts of a complicated and esoteric workflow, and more and more about an elegant, efficient, and responsible system, delivering beautiful product on time to an appreciative and grateful customer.

Today’s designer will be an integral part of the responsible digital product lifecycle, as computerized tools for development, merchandising, and apparel design have shown the profession a new horizon. In this new digital world, the designer, using these tools, will be the visionary with the skills to take the marketplace to a new level, embodying the style, creativity, and ingenuity that have made their skillset so acclaimed.

The next decade offers the creative a vibrant, exciting future.

This article originally appeared on WhatTheyThink.com. WhatTheyThink is the global printing industry’s leading source for unbiased market intelligence. Copyright © 2020 WhatTheyThink. All rights reserved. Reprinted with permission. For more like this, please consider becoming a member by visiting: whattheythink.com/join/ October 2020 employment figures are at least moving in the right direction from September, albeit slowly; overall printing employment in October was up +0.8% from September, with the gains predominantly in production staff continuing to come back. Let’s not look at year-over-year changes in graphic arts employment Buy a Sweater, Adopt a Sheep

Pressure on the environmental impact continues for textile and apparel companies. Sheep, Inc. is taking a creative approach towards carbon-neutral operations. How Print Can Help Restaurants During Covid

As businesses reopen, they will require COVID safety signs and distancing dots. Richard Romano identifies some unique samples restaurants are likely to need. Richard Romano spoke with Dexter Johnson, author 5G in Signage Technology about the technology and the advantages of 5G and its potential applications in sign and display. Summer Stroll: The Signs Around Us

There samples of printing all around us. Taking a summer stroll down the main street I highlight examples of printed material that many may not be aware of. 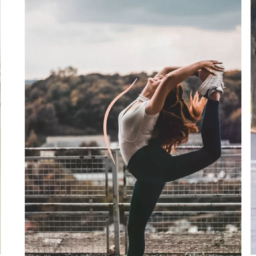 Will On-Demand Manufacturing Be the New Normal Post-Pandemic for Textiles and Apparel?

On-demand manufacturers are seeing increased demand, due to the pandemic along with a shift in the industry to manufacture more efficiency with sustainability. Debbie McKeegan’s technical team explains some of the most popular materials for athleisure and some tips on printing them digitally. Moving from analog to digital production brings some challenges to printers as the corrugated packaging market continues to expand.

Survey: Highlights on the State of Digital Packaging

What’s the current state of digitally printed packaging? NAPCO gives us key insights with their latest research ‘Digital packaging: The Time is Now!’ One of 100 Summit celebrates packing design. This year’s winner focused on sustainability, personalization and innovation. UK-based Dresscode has taken a unique approach to wearable technology with their CashCuff is the world’s first smart payment shirt. How Much Sewing Automation is Enough?

Textile Manufacturing automation is accelerating but the remaining “last mile” sewing, continues to be a barrier to re-shoring. There are some of efforts underway to automate sewing and can change the North American apparel manufacturing The Future Of On-Demand Sustainable Apparel

It may seem impossible to turn a multi-trillion-dollar textiles and apparel industry into a sustainable model, this past year did see some significant shifts. Here’s what it may mean for the future.